Visible to Others, Invisible to Us: How Insecurity Drives Behavior 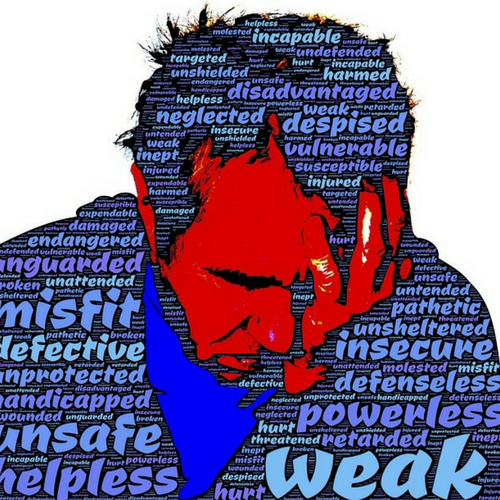 During the first few years of coaching executives, I was surprised to learn that insecurities are universal to each of us. Over the last 17 years, I’ve listened to thousands of people share them and therefore developed a compassion for this common human frailty. We have a unique learning opportunity, as this plays out in one of our most senior leaders on a world stage. Even though our newly elected president had a significant win in seeing the stock market numbers rise sharply after his inauguration, he barely gave it a nod in media coverage, choosing to focus instead on the number of people attending his inauguration in a way that can only be described as obsessive. He wasn’t able to help himself because the insecurity about being liked is a primary driver in his behavior. I don’t say this as a political statement—instead, I look at it from the perspective of human development and what drives our behavior.

In a similar vein, my husband and I watched a documentary on the seventies band, The Eagles, recently and were both struck by the musicians looking back at their seemingly outrageous behavior and admitting that it was driven by their own insecurities thinking their talent was dwarfed by other band members. As Joe Walsh described this, the camera had closed in on a shot of his fingers as he masterfully plucked the guitar strings in the song, Hotel California. It was mind boggling to both of us how someone so gifted could ever have believed he had limited talent. Here’s the rub: our insecurities are not based on anything tangible or real, but on our own limited view of who we are and our value in the eyes of others.

This shows up in multiple ways that are easy to recognize in others, but we find it much more difficult to see or admit in ourselves. Men who are bullies often grew up in households where the father was harsh and critical, and the son is never quite able to feel appreciated no matter how many women he collects, how much money he makes or how many accomplishments he racks up. As friends and colleagues of this person, we see it clearly, but he may not want to. We see people reaching for professional positions way below their capability because they don’t want to risk disappointing anyone. We see millions staying in jobs they don’t like because they aren’t sure they could get anything better. The insecurity has become the bully keeping people trapped.

What do we do? We begin with acceptance. When we accept where we are strong, and where we aren’t, equally, we don’t feel the need to compensate for our weaknesses or hide them. My colleague, DeAnna Murphy, the founder of Strengths Strategy says frequently, “When we know what we are and we know what we’re not, and both are okay, we are willing to step into confident vulnerability.”

Raising awareness around those areas we feel insecure about and working on ourselves—spending time in personal development so that those insecurities are not the primary drivers of our choices is key. Let’s face it, none of us had a perfect childhood with perfect parents, so we all have some insecure, tender places. Realizing this gives us compassion for us and for each other.

We must also use discernment around whether those insecurities hamper a person in the carrying out of their role. We must use that same kind of discernment to choose the role that is the best fit for ourselves. Most importantly, we use our power of decision to determine who—which aspect of ourselves will be put in charge of our communication and decision making. Will it be the voice of our inner adult or the voice of our insecurity?

There are two tracks of human development: one is growing up and one is waking up. We are enlightened beings waking up in human form.”

We must wake ourselves up to our higher perspective, to take our thinking up a level and peruse life and its meaning from a spiritual and universal perspective, asking, “How do I want to show up in this situation?” When we do, we will astound ourselves with what we are able to contribute.